Coverage in the Smartphone Age: Making Insurance Part of the Furniture 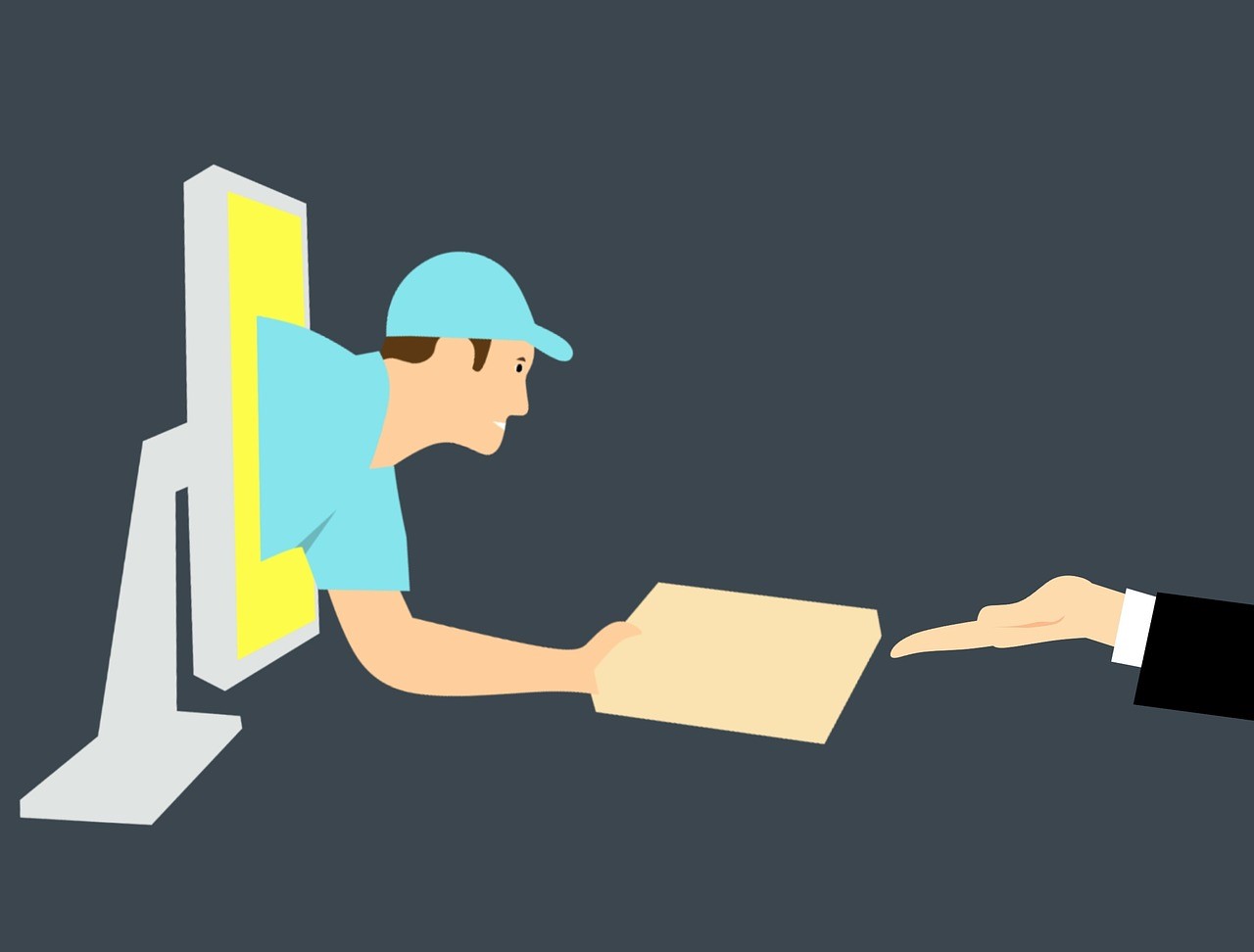 Can insurance finally take its place alongside Amazon, Uber and Deliveroo as a staple of modern consumer living?

What does a taxi rank have in common with your favourite pizza restaurant? Well, the answer, as of 2018, is that they both live inside your phone.

With the rise of digital and mobile, the world has become one enormous shop floor, stocked with an ever-growing assortment of virtual services. And while the smartphone age has its undoubted defects – looking at you, push notifications! – we shouldn’t forget its fundamental virtue: the capability to provide customers with the right service in the right context.

As it comes on to rain, today’s metropolitan is empowered to hail a cab out of the Internet. For late workers, the desk is now a restaurant, thanks to the Internet. And an almost forgotten Christmas present can be made to materialise inside a nearby locker, gift-wrapped and by tomorrow morning at the latest – without you having to set foot in a shop.

So, where does this leave insurance? Has the Ugly Duckling of Personal Finance – forever saddled with paper forms, industry jargon and middlemen – finally become a Swan, taking its place alongside Amazon, Uber and Deliveroo as a staple of modern consumer living?

Let’s take a brief look at where in this transformation insurance is today, and what it may look like on the other side.

For all its detractors, insurance hasn’t been without its innovations, especially in distribution; Direct Line was selling policies by telephone as early as 1985, and e-commerce platforms now transact a healthy share of overall policy sales. However, digitising insurance distribution will certainly not generate comparable growth to today’s app-based consumer behemoths.

This is because the innate satisfaction of getting home in the rain, eating your favourite food late at night and purchasing gifts for family members is far greater than any urge to buy insurance. Consequently, making those things available on demand has created huge markets in them; take Uber, which in under 10 years has amassed a cool $72-billion valuation.

Insurance on the other hand is the original ‘grudge purchase’, offering customers intangible benefits in exchange for hours of arcane questions and form-filling. Left to their own devices, many people could happily go their whole lives without thinking about insurance, and often do! Research from Co-op Insurance and housing charity Shelter revealed that over 5 million UK households had no home insurance at all, with consumer apathy a decisive factor.

Customer work acquiring insurance comes down to one thing: providing insurers with data (and this can relate to lifestyle, behaviours, possessions, you name it). Now, insurance cannot simply scrap this stage, as data is what provides insurance value to begin with: ensuring, at least theoretically, that customers are neither overcharged nor underinsured. So, the question becomes: how do insurers get the customer data they need, without this seeming like effort?

An increasingly popular approach is to insert insurance into contexts where customers are already providing that data for some other purpose. In this model, insurance propositions piggyback on data-rich relationships created by other services that customers do positively want, riding the slipstream rather than making the wave.

To choose a nearby example, take contents protection. Here, ‘customer work’ is compiling an inventory of one’s possessions – probably not most people’s idea of a fun Friday night in, so good luck pitching insurance! However, one time when inventories are on the agenda is moving house; and, as this is notoriously the third most stressful thing after death and divorce, de-stressing services are in demand.

To sell contents insurance then, you must pitch removals. These take care of the customer relationship (people want to move) and data (principally inventories), so that contents policies can be created seamlessly in their wake, de-grudging the grudge purchase.

Take Buzzmove for instance, which approaches customers via the principal pain points of moving house, providing an online marketplace for moversto compare removals companies along with a cloud-based digital asset vault for the purpose of taking inventories (naturally, on a blockchain). The Buzzvault replaces the paper inventories traditionally exchanged between homeowners and their removal contractors – which are liable to become the object of disputes (missing or damaged items) and mostly end up in the bin, leaving people with no enduring record of their possessions.

Having created a digital inventory for the purpose of removals, customers can then, reusing this, take out granular contents coverage at no additional effort. And in this case we are not just eliminating customer work from the insurance process, we are also providing more value, given the richness of the data involved – which makes possible a truly granular policy reflecting customers' actual possessions, and their condition, at that exact point in time.

For more on Buzzmove, Buzzvault and their work at the intersection of insurance and home removals, check out our Unbound Podcast: House Removals + Contents Insurance + Tech = Customer Satisfaction, in which we speak to Buzzvault MD Charlotte Halkett (also available as a PDF).

This is also, fundamentally, one of the axes along which Amazon could disrupt contents insurance following announcements at the end of last year that the e-commerce behemoth is recruiting for an insurance division in London. Amazon racked up UK sales of £8.8billion in 2017 (up 20% from 2016), so for a growing number of people it already functions de facto as an inventory of their possessions – all without the word "inventory" having so much as passed anyone's lips. What's more: Amazon could, in the event of a claim, provide not just a record of purchase but a straight-through means to repurchase lost or damaged items.

Much of this remains speculative for now – but certainly watch this space!

The above approach to selling insurance (by selling anything other than boring old insurance!) has attracted a wave of start-ups intent on fixing what they widely regard as a broken industry. Traditional insurers meanwhile, whose bag of tricks includes, well, insurance, insurance and insurance, appear less well-placed to join this particular party. However, this ignores the other side of the coin: namely, that many a fresh-faced start-up, for all that their proposition may be the Royal Road to 21st-century consumers, is equally ill-placed to do insurance, combined ratios and all.

This is one reason for the recent boom in Insurtech Managing General Agencies (MGAs), companies that often resemble insurers but, critically, do not hold any risk themselves, transferring this instead to one or more backers. This can be a win-win situation, with each player in the partnership bringing to bear their unique strengths: the MGA can focus freely on solving for its specific customer context, while the backing insurer gains exposure to a newly created market simply by providing its balance sheet.

Looking at the UK market, we of course have Buzzmove, which has a relationship with Munich Re, but there are plenty of other examples, such as Laka, which provides dedicated bike coverage for cyclists with backing from Zurich UK, or score-based personal insurance provider Wrisk (Munich Re, Hiscox and QIC). Over the Atlantic, we find Jetty going after the United States' 100+ million renters (backed, again, by Munich Re) and Ladder attempting to open up the massively underinsured millennial segment for Life insurance (Hannover Re, Fidelity).

While full-stack carriers like Oscar, Metromile and Lemonade are to be found in today's crop of Insurtechs, and do represent a direct competitive threat to the legacy industry, every policy sold by an MGA sits on an insurer's books. So far, so good, though how the incumbent-MGA relationship might develop longer-term is another story for another post.

So, having considered insurers' flirtations with e-commerce and the more recent MGA model, we return to our earlier question: can insurance be an integral part of modern consumer living, on a par with app giants like Netflix? Our answer: yes and no.

Yes, in that tech is enabling it to be the right service in the right context and thereby play a more pervasive role in more people’s lives. No, in that this is achieved precisely by insurance becoming less noticeable as insurance, more an adjunct of everything else, a part of the proverbial furniture.

We may never, alas, have ‘insurance and chill’ – but this evolution will, thankfully, go a long way towards closing the protection gap.