Brand Watch: Will 2022 be the year that sustainable consumption finally takes hold?

Consumer brands are looking cautiously to the year ahead, with hopes that COVID-19 might be entering endemic status tempered by concerns about rising inflation and a pending cost of living squeeze. Yet 2022 finds sustainability leaders in remarkably good mood.

Why the optimism? In large part because the perennial debate over what is, and what isn’t, the role of brands in addressing today’s major social and environmental challenges is nearing the end. Consumer demand for more sustainable options has been chipping away at corporate recalcitrance for an age. The dam effectively broke last November, when brand after brand lined up to make ambitious commitments on climate and nature at the United Nations climate summit in Glasgow.

Consumers have heard the promises; now they want delivery. So do investors and regulators. Brands can expect reporting standards on non-financial themes to tighten, says Dr Molly Morgan Jones, director of public policy at The British Academy, who points to the recent creation of an International Sustainability Standards Board as a sign of the times. Pressure on individual directors to demonstrate that they are helping to “profitably solve the problems of people and planet” (as opposed to gaining profit from creating problems), can also be expected to grow, she adds.

A sizeable slice of the accountability agenda rests on improved transparency. Consumers want their favourite brands to tell them what they are doing on the issues they worry about. These include run-away climate change, biodiversity loss, and spiralling debt, among other factors, the World Economic Forum’s latest Global Risks report finds. But they also increasingly want to see and feel this response during their interactions with brands.

One way to make that happen is through better labelling, says Hannah Cornick, head of sustainability and social innovation at Danone UK and Ireland. By better, she means making labels simpler to understand as well as being strongly backed by science and using commonly agreed measurement methods. One source of confusion is the sheer number of eco labels (the Ecolabel Index counts 455 separate labelling schemes in 199 countries).

Recent moves towards “meta-labelling” appear to be answering that demand, says sustainability consultant Mike Barry, who previously headed up Marks & Spencer’s pioneering Plan A initiative. Walmart’s Built for Better scheme and Amazon’s Climate Pledge Friendly certification are two notable examples of this approach, which seeks to boil down multiple sustainability indicators into one single on-pack letter or number. New app-led initiatives such as  the European EcoScore, Foundation Earth’s Eco Impact initiative, and Nommm, could see this trend towards amalgamated scores spread quickly across the retail marketplace. 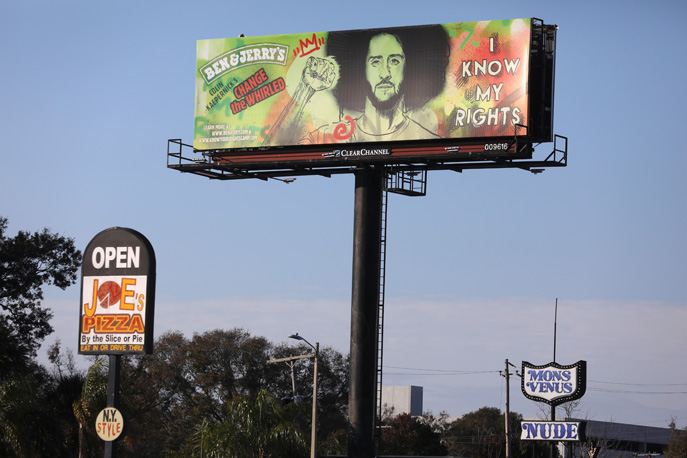 “2022 is the pivot point when we finally begin to embrace … a very different conversation with citizens about how they consume,” says Barry. “Do they need it? Can they keep it longer? Should they repair it, rent, donate it, recycle it when finished with it?”

The idea of services, products or even entire business models promoting more sustainable consumption has been around for a while. But this could be the moment such innovations really begin to catch on. It isn’t about horse-hair shirts or denialism, it’s about a more thoughtful model of consumerism that’s high in experience and quality, and low in waste and negative impacts. Take Usual Wines, for instance, a startup in the United States that sells sustainably produced wine in single-glass (recyclable) bottles. Or the new Merten range of switches and sockets made by Schneider Electric from discarded ocean fishing nets.

Yet, if the shift to sustainable consumption becomes defined by flogging more product (however smart or sustainable), then something will have gone awry. These days, consumers are looking to brands for solidarity and inspiration, not just stuff. They want to feel part of a like-minded community, which is why lifestyle tips and other interactive features are emerging as central features of brand marketing. Illustrative exemplars include sustainability marketplace Sistain in the United States, which offers regular tips and guides on everything from reducing food waste to recognising greenwashing, and plant-based food phenomenon Deliciously Ella, which runs meditation guides and workout videos alongside its recipes. The step from there to public campaigns on justice-related issues is a short one. For a taster, look to Ben & Jerry’s work around protecting voting rights in the United States or Budweiser’s vocal advocacy of racial inclusion in Canada.

Lastly, sustainability’s role as an impetus to innovation is fast gaining ground. Brands can’t enhance our way of life, help save us money, and protect the environment without radical changes, argues Marcus Gover, CEO of the UK sustainability charity WRAP. Such changes may involve technological wizardry, but not always. Consider the recent decision by British supermarket Morrisons to swap ‘use-by’ dates on its own-brand milk packaging for a simple sniff test. Gover echoes the general mood of anticipation: “From common-sense switches to fundamental systems change, we’re excited about what’s coming.”

This article is part of the February 2022 issue of Sustainable Business Review. See also:

Policy Watch: Why global progress on climate may hinge on Biden’s Build Back Better bill

ESG Watch: Disclosure pressures to grow as investors push for transparency and a just transition

Made in Turkey: Arçelik’s CEO tries to flip the switch on CO2 emissions