Chad Holliday: ‘Hard-to-abate industries have to pull their own weight on tackling climate change’

Oliver Balch interviews the new chair of The Mission Possible Partnership, which is helping seven of the world’s most carbon-intensive industries to achieve a 1.5C future

When Chad Holliday says the road to decarbonisation will be “bumpy” for industry, it’s a prediction that is well worth listening to. A grandee of the U.S. business community, 73-year-old Holliday has seen more than his share of challenges during his five-decade career.

As chief executive of chemical giant DuPont (1998-2008), the one-time engineer weathered storms over his support for genetically modified crops. Later, as chair of Bank of America (2010-2015), he helped pick through the rubble of the financial crisis. More recently, his watch as chair of Shell (2015-2021) coincided with ongoing shareholder revolts about the oil giant’s climate plans.

By his own reckoning, however, his latest role as chair of the Mission Possible Partnership, a CEO-backed climate coalition focused on decarbonising seven major hard-to-abate sectors – is “by far the biggest challenge” yet.

Size is one pressing factor: the seven heavy industries on MPP’s hit list comprise nearly one-third of total energy emissions. Timing is another: if left as they are, the emission footprints of these sectors could double by 2050 (to around 15.7 gigatonnes), effectively kissing the Paris Agreement goodbye.

But there are few easy answers. Potential breakthrough solutions exist but few are technically proven, and even fewer are economically feasible, particularly at scale.

Holliday notes that even the most promising low-carbon technologies have their shortfalls. For instance, he describes small-scale nuclear as “controversial”, and worries about the high dependency of electric-vehicle batteries on rare earth metals.

And while he anticipates that current high costs of carbon capture and storage will come down, the technology will probably not be viable in high-income markets for some time to come, and so will not be a major piece of the decarbonising puzzle. 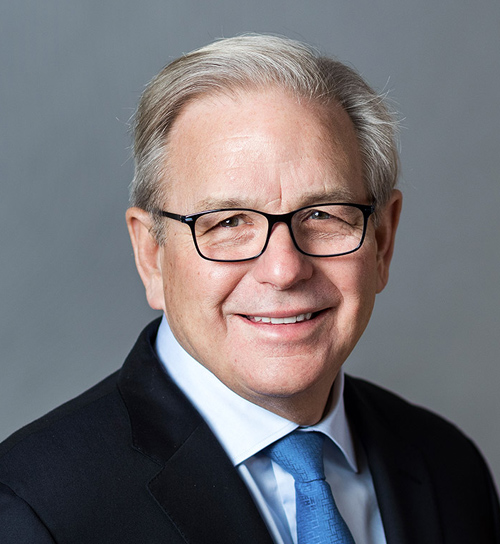 Chad Holliday is chair of the Mission Possible Partnership.

The sensible engineer in him instinctively prefers a more incremental approach, based on driving forward operational efficiencies to the extent that existing technologies allow.

However his environmentalist self concedes that more radical action is required. Cutting a few tonnes of waste here and shaving off a few kilojoules of energy there will only ever amount to about 20-30% of the emission reductions required, he admits.

The need for bolder action dawned on him while attending strategy meetings for the Energy Transitions Commission, a cross-sector thinktank he helped launch in 2015, when chair of Shell.

Holliday’s initial preference was to focus on quick wins in light industries, and leave the harder work of transitioning heavy industries until later.

They’re scared not to do the right thing, but they're also scared that if they jump too quick they'll make commitments they can't live up to

He was quickly disabused of that idea by his fellow commission members, who argued that any delay would be unconscionable, given the disproportionate footprint of industries such as concrete, steel, aluminium, chemicals, aviation, shipping and trucking.

It’s an argument that Holliday now puts to industry leaders when out drumming up support for MPP, one of his main jobs in his non-remunerated new role as the organisation’s chair.

Few of those at the top of hard-to-abate companies are deaf to the message, he says. Since its launch in January 2020, MPP has recruited a pool of 20-30 CEOs to its cause and engaged 200 or so companies. A good start, but that’s all it is: a start. 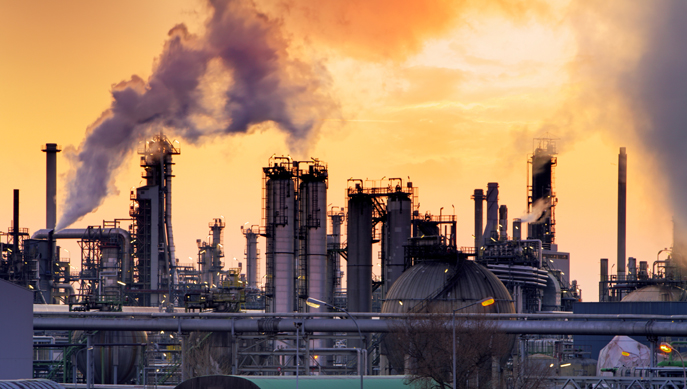 Some business leaders are fearful, Holliday explains: “They’re scared not to do the right thing, but they're also scared that if they jump too quick and make commitments they can't live up to, [then] they've got this real problem.”

As a former CEO himself, he knows only too well that business leaders often push for the “lowest common denominator” with industry efforts.

He recalls how facing a regular grilling from DuPont’s external advisory committees was both incredibly unsettling and eminently “useful”. Under his steer, he envisions MPP fulfilling a similar prodding role.

“I saw it as someone pulling you a little faster than your team will pull you, or even your board or your investors … so, if the Mission Possible Partnership can be there like this for these industries, I think that would be very worthwhile,” he states.

We had to get our competition to sit down in a room one day and say, ‘We have got to quit shooting each other in the foot'

He recognises that CEOs sometimes have a reason to be nervous. Anti-trust rules are especially problematic. Working together with competitors, if only on a common approach to climate goals, risks the wrath of competition authorities. In Holliday’s opinion, regulatory clarity on the issue would be “very simple” for governments to provide.

Of course, businesses must genuinely want to act more collaboratively in the first place, he concedes. For all the talk of industry working together on decarbonisation, old habits die hard.

He thinks back to the GMO debate in the 1990s, when rival chemical companies invested their time trying to out-do one another rather than uniting in a collective defence of the new technology.

“We had to get our competition to sit down in a room one day and say, ‘We have got to quit shooting each other in the foot. We have solutions here, and we have to work together.’ I think that's the first step in this work,” he states.

Holliday recalls another example from his days at DuPont, this time concerning the company’s 1998 commitment to phase out chlorofluorocarbons (CFCs), a powerful contributor to the depletion of the ozone layer.

As the inventor of CFCs, it was a bold step by DuPont. No less so for the fact that a ban would burn a $600m hole in its sales revenues. Holliday also remembers the company’s competition slating its decision as “crazy”.

But then DuPont committed to share any new refrigerant technologies that it developed royalty-free, and its sector rivals quickly came round. Moves by policymakers to push ahead aggressively with a worldwide phase-out, under the Montreal Protocol, further accelerated their change of heart.

“For me, I think it’s a very clear example of where history would say it [industry collaboration] has worked well, and that’s what I'm hoping we can see companies do that in the seven sectors we're talking about.”

Of course, not all are ready to take industry at its word, legislators included. With COP26 on the horizon, the private sector is awash with ambitious new climate commitments, including from the heavy industries targeted by MPP.

But can they be trusted? Greenpeace’s recent report on the plastics industry, which shows how demand from consumer goods companies is pushing up the production of virgin plastics despite public pledges to the contrary, hardly quietens the sceptics.

Holliday acknowledges that the fight to be accepted as a legitimate voice in the climate debate remains to be won. If MPP or its industry supporters appear “self-serving”, the initiative’s efforts are doomed.

One trick he picked up during his time as chair of the World Business Council for Sustainable Development (2000-2001) is to include non-sector voices in any industry coalition. If not, the charge of self-interest is all too easy to make, he reasons. 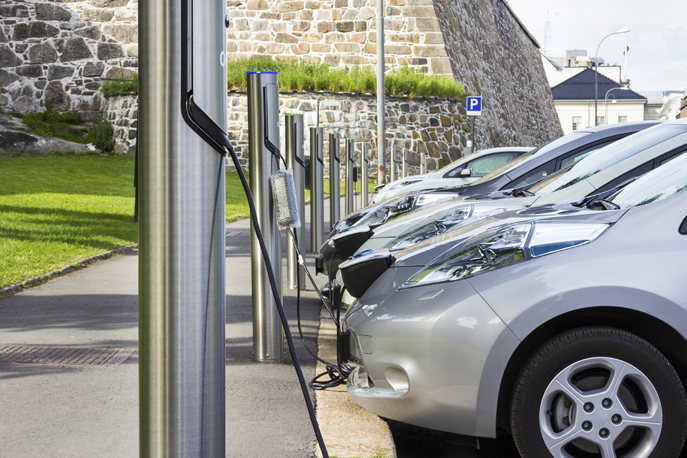 There is growing concern over the dependency of EV batteries on rare earth metals. (Credit: Sopotnicki/Shutterstock)

“Also, our executive committee had to sign off on every report to make sure it wasn't self-serving. So that way, when we went to government or anyone else, it was with a really a clear analysis of what’s going on.”

He pictures the same sort of checks and balances in the work of MPP. More convincing still will be evidence of clear progress towards decarbonisation.

With less than two years under its belt, it remains early days for MPP. That said, it already boasts clear transition strategies for steel, shipping and aviation. Pathways for its remaining four focus sectors are earmarked for next year.

Channelling investment capital towards these sectoral transition efforts will prove key. Here, the former Bank of American chairman sees a catalytic role for public finance. If government-backed institutions can be persuaded to put the first 20% in, commercial financiers will generally step in for the remaining 80%.

Once you can get the banks looking hard at it, they see opportunities

“The bottom line is that once you can get the banks looking hard at it, they see opportunities. In fact, often the very best bankers are those that were reluctant to start with,” he notes.

Holliday is also a big fan of near-term targets. Setting goals for 2050, or even 2035 has its place but gaining public credibility for MPP’s efforts will require “some real things being accomplished” in the next five years, he states. “And that’s not easy.”

The need for tangible action goes beyond credibility, of course. When it comes to the world’s most polluting sectors, it turns into a question of planetary stability.

For that reason, the “possible” in MPP’s title has to stand for more than just a hopeful hypothetical. If decarbonising the world’s hardest-to-abate sectors is possible, then there’s every reason to get on and do it.

The Mission Possible Partnership is sponsoring a webinar on 14 October: Making the Impossible Possible: The Blueprint for Decarbonising Industry. You can register to attend here

This article is part of the October 2021 issue of Sustainable Business Review. See also:

PepsiCo’s biggest challenge: winning over millions of...
Editor’s letter: Can tourism tread more lightly?
Can business travel get onto a more sustainable flight-...
Brand Watch: How brands are scrambling to bring clean-t...
comments powered by Disqus

RT @SDDecleve: Looking at strikes across #Europe (remember the #UK is part of Europe 😉). We need to start taking tax reform seriou… https://t.co/C1WUDbuzi4