Mike Barry, author of Marks & Spencer’s visionary Plan A, says the job of the early sustainability pioneers is to now support a younger generation in delivering a future for life on this planet

Twenty years. Makes you think, doesn’t it? About how far we’ve come from the corporate philanthropic window dressing, apathy and outright denial that business had a serious environmental and social problem to fix. Yet, despite welcome steps in the right direction, particularly in the past five years, how puny they seem given the enormity of what still needs to be done.

Ethical Corporation has been a constant friend to me throughout these two decades. I joined Marks and Spencer in 2000 and the magazine was soon a beacon of light in a turgid sea of CSR dross. It faced into the real problems business was causing – human rights abuses, overfishing, chemical pollution, deforestation etc (yep little or no mention of the climate crisis back then) – and crucially, even for the lonely pioneers, lifting their sights and ambitions beyond their own operations and getting them to think supply chain and product use (saw that scope 3 thing coming!).

It had, still has, an edge and a depth that so few publications could offer. Not the airy, skim across complex issues, but a willingness to unpack them and propose solutions that were stretching and often intimidating. It saw the need for transformational, not sticking plaster change, that demanded systemic cross-sector collaboration, rather than a bit of “squabbling in the sandpit” of competition.

And as I left M&S in 2019, Ethical Corporation very kindly handed me its Honouree of the Year Award, which in practice can only be seen as a collective award for the extraordinary group of people at M&S who launched, implemented and updated, repeatedly, a holistic, sustainable transformation program, Plan A.

We have failed to make the world’s 7.7 billion people central to the process. The most vulnerable are barely an after thought and future generations are kept safely beyond a ‘ring of steel’

But whilst a rear-view mirror can occasionally offer us happy memories and important lessons, what really matters is what lies ahead. COP26 has been and gone, much anticipated, sadly with too little delivered. The arch pragmatist in me says “could have been much worse”. Pandemic, economic uncertainty, rocky geopolitics all made for a tough backdrop. We have, probably, spiked once and for all the risk of extreme +4C heating, and that was by no means certain a decade ago.

Overall though, COP26 needs to be seen as a collective C- on the report card. Relief that it isn’t 4C needs to be tempered with recognition that the 2.7C of heating that we will visit on future generations will be far more damaging than we imagined.  We have spent the 20 years of Ethical Corporation’s life edging towards getting (some) climate ambition set, yet that’s a fraction of the doing that is required to actually reduce emissions.

We have failed equally to make the world’s 7.7 billion people central to the process. The most vulnerable are once again barely an after thought as deals are stitched up in “smoke-filled rooms” and future generations are kept safely beyond a secure “ring of steel” thrown around the COP process. 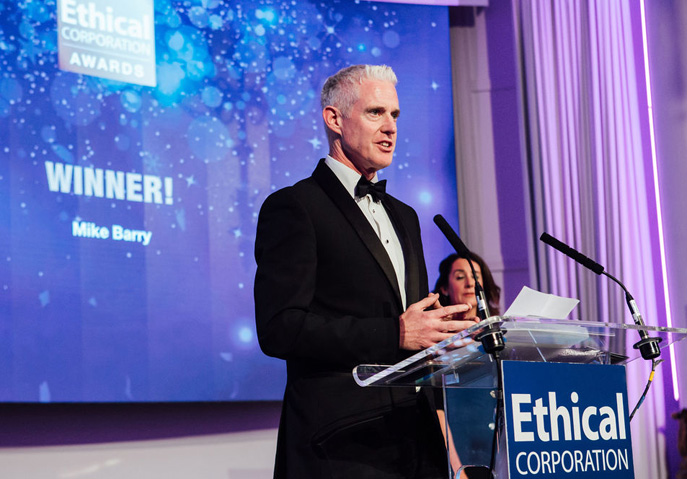 Mike Barry accepting his Ethical Corporation Honouree of the Year award in 2019.

And this is not to denigrate the thousands who have toiled for years to get us this far; I am part of that collective. Sometimes I can feel proud of fighting the good fight, sometimes I despair of our lack of progress.

But at heart I’m a perennial optimist who believes we can absolutely build a better future. So, where’s their hope?

People want change. They’ve lived through an unprecedented pandemic, surely excuse enough to jettison all the “green crap”? Well no. Poll after poll shows that people want positive, low-carbon change. They can see the impacts that floods and wildfires are having. It’s political and corporate leaders that are behind the curve, timorously pointing to people’s reticence about paying for change rather than embracing the need to find solutions to their understandable anxiety.

A generational shift of power will come rapidly in the next decade. The taunts of ‘wokeness’ are just a last angry denial of the inevitable

Many in my generation are of course clinging to an unsustainable sense of entitlement, but our grip is more tenuous than we think. A generational shift of power will come rapidly in the next decade, accelerated by the obvious prevarication and vested interest of today’s power brokers. The taunts of “wokeness” are just a last angry denial of the inevitable.

Key parts of the economy, despite the confused and muddled policy landscape, are being disrupted profoundly. First power, then cars, next food, fashion, finance and property. Remember: in less than half of Ethical Corporation’s lifespan Tesla has gone from being worth $12bn in 2013 to $1tn now. The same will happen in other sectors as the unsustainable laggards are swept away.

The food sector, in particular, will be transformed through necessity in the next decade. The food system is the biggest source of GHG emissions, forest and biodiversity loss, plastic pollution and water use. Unable to deliver 40% of the calories it produces to humans, 750 million people go hungry but another 2 billion are overweight, too. It’s uniquely vulnerable to growing weather extremes and uniquely difficult to change. Yet solutions such as regenerative and indoor farming are being scaled rapidly. 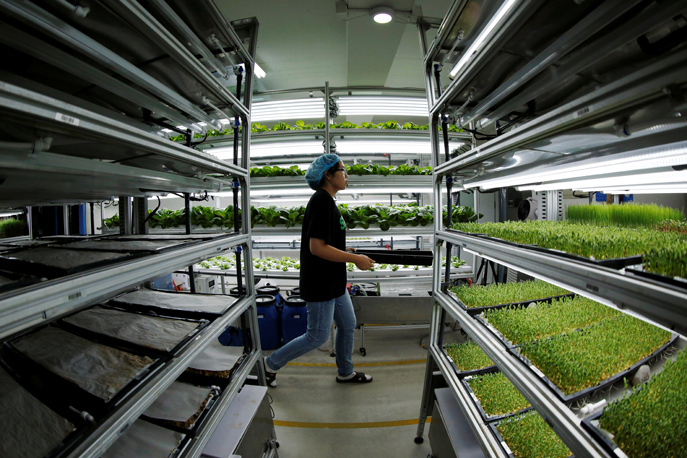 Solutions such as regenerative and indoor farming are fast being scaled. (Credit: Florence Lo/Reuters)

Large companies are getting organised in the “trenches of scope 3”. If the lawmakers are not making you change, listening to your business customers will. We will see tens of thousands of factories, farms, forests and fisheries being supported to decarbonise rapidly.

Digital technology is being used, at least in part, to track, trace, improve and recover billions of items that pass through the economy each year in a way that a pen, paper and spreadsheet never permitted.

The cold light of day might say this glass is only 25% full. I wish I could say 100%. The fact it is not, is a stain on many a career biography. But what I can say is that 25% is enough for me to face my next 20 years and support a new generation of younger, more diverse, more talented, more ambitious leaders in delivering a better future.

Thank you, Ethical Corporation, and have a very happy birthday. 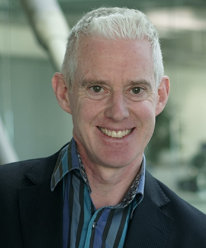 Mike Barry was until 2019 director of sustainable business at Marks & Spencer, spearheading its ground-breaking Plan A sustainability programme. Mike co-chaired the Consumer Goods Forum’s sustainability work bringing the world’s largest retailers and fast moving consumer goods brands together to work on issues such as deforestation, plastics and forced labour. Mike is a senior associate at the Cambridge Institute for Sustainability Leadership and a trustee at Blueprint for Better Business.

This article is part of the Winter 2021, and anniversary issue, of The Ethical Corporation. See also:

Why business journalists need to challenge the ESG orthodoxy

‘By 2041, I suspect most major brands of today will be unknown’

To fight greenwash, brands need to become advocates for change

Why nature is the secret, under-priced sauce of the global economy

‘As climate change takes an increasing toll, it will be a case of adapt or die’