One area where miners could make a big difference relatively quickly is in procurement, where companies often ignore local suppliers in favour of companies from their home markets. “Procurement is often the single biggest payment a mining group makes, so it has the biggest impact in creating revenue and jobs,” says Jeff Geipel, managing director of NGO Mining Shared Value.

The main concerns for companies are quality, volume and reliability, he adds, but there are many things they could buy locally but do not because procurement departments are not incentivized to find local suppliers. “There is a lack of information on local suppliers and there are quality concerns, to be sure, but sometimes that is used as an excuse. One company operating in Africa used to import chickens from Brazil. There’s no way that’s cheaper for the company – but if you change it, any cost savings will come over the longer term. There may be upfront costs.”

Governments are starting to take local procurement more seriously, through initiatives such as the Africa Mining Vision

Historically, local procurement has not been dealt with well, he adds, “but companies have come quite a long way in the last few years”. The Responsible Mining Index highlights how Bumi Resources’ KPC subsidiary in Indonesia has developed a procurement migration programme to switch, where possible, from foreign to local and national suppliers, and from national to local suppliers.

“In 2015, the company migrated the supply of eight commodities (ranging from mining equipment to stationery) and one service. Items migrated from national to local suppliers include, for example, uniforms, chalk, traffic signs, flags and stationery.”

Governments, too, are starting to take the issue more seriously, through initiatives such as the Africa Mining Vision, which has led to a raft of updated mining codes that stipulate local content requirements.

It is also a live issue in Canada, where natural resource development is in remote northern areas populated by aboriginal people, according to a report by Mining Shared Value and the Canadian Council for Aboriginal Business.

The report argues that Canada’s ability to leverage its natural resource endowment, which contributes one fifth of Canada’s GDP, will be compromised unless the mining industry and government give aboriginal businesses a greater share of the proceeds.

“Aboriginal people are demanding long-term benefits from resource development, rather than one-time revenue payments,” it says.

Seeking out aboriginal staff and suppliers has significant business benefits, including boosting supply chain reliability and bolstering the social licence to operate, the report says. Aboriginal suppliers are easier to contract flexibly and at short notice, reducing transportation costs and inefficiencies associated with bringing in service providers and supplies from distant cities in Canada’s south. 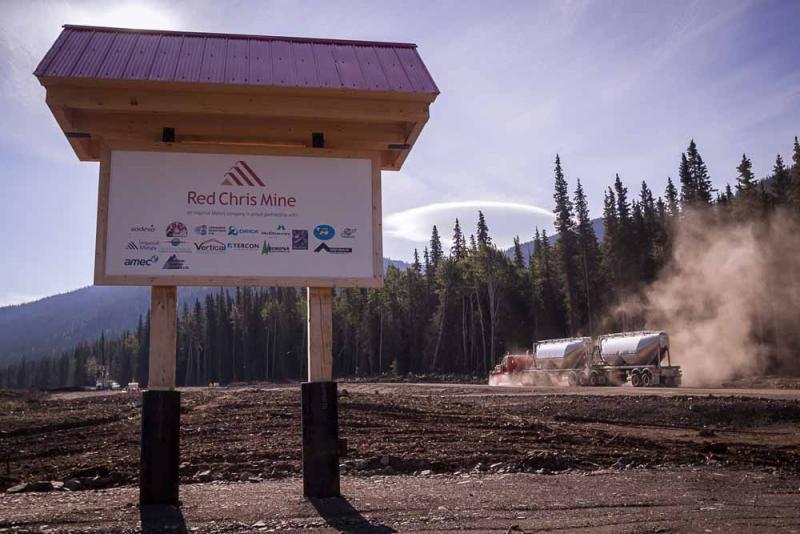 Imperial Metals’ Red Chris Development Company subsidiary works closely with the Tahltan Nation Development Corporation (TNDC) at the Red Chris copper mine in British Columbia. It says: “There is immense value in the fact that TNDC’s diverse service offerings are located within 80km of the operations, much closer than bringing in supplies from Terrace [seven hours by road] or Vancouver [two hours by plane], particularly in the winter.”

Aboriginal people’s local knowledge can also be invaluable, while the availability of a young workforce is a boon to an industry where 25% of its workers are due to retire by 2024.

Saskatchewan-based uranium miner Cameco is Canada’s largest industrial employer of aboriginal people, with more than half its mine site employees made up of local residents in an area that is predominantly populated by aboriginal people.,

The company, the second-largest uranium mining company in the world, also prioritises local procurement, with 70% of the services used in the mines purchased from northern businesses, many of them aboriginal-owned, and employing aboriginal staff.

Darrel Burnouf, manager of northern business development and community relations for Cameco, says this approach has even led to business opportunities abroad, with an Australian company choosing it as a partner “because of what we do with aboriginal companies and the workforce in northern Saskatchewan”.

Mike Scott is a former Financial Times journalist who is now a freelance writer specialising in business and sustainability. He has written for the Guardian, the Daily Telegraph, the Times, Forbes, Fortune and Bloomberg

Why indigenous peoples are key to ensuring EV revoluti...
Business must listen to land defenders if there is to b...
‘Covid-19 and Black Lives Matter show why companies ...
CSR Cheat Sheet: Dire climate predictions endorsed by c...
comments powered by Disqus

In conversation with Elizabeth Mrema, the woman seeking a ‘Paris moment’ for nature at COP15

The head of the UN Convention on Biological Diversity is also co-chair of the Taskforce on Nature-related Financial Disclosures. She talks to Terry Slavin about how business is supporting her efforts to achieve an ambitious global biodiversity framework in Montreal in December

In conversation with Elizabeth Mrema, the woman seeking a ‘Paris moment’ for nature at COP15

The head of the UN Convention on Biological Diversity is also co-chair of the Taskforce on Nature-related Financial Disclosures. She talks to Terry Slavin about how business is supporting her efforts to achieve an ambitious global biodiversity framework in Montreal in December

In the latest issue of The Sustainable Business Review, our columnists analyse some of the latest developments, from the Net-Zero Banking Alliance weakening its language on phasing out fossil fuels, to how the energy crisis is putting the wind in the sails of community energy

Why a ‘Paris Agreement for nature’ won’t happen without help from business @SinsVicky of @SDGbenchmarks writes abo… https://t.co/l4447WYOUL

RT @CDP: "...Things will only get worse if companies continue their business-as-usual approaches..." 1/2 https://t.co/55hfHLMJFt