In her monthly roundup of policy developments around the world, Angeli Mehta finds only chequered progress on the net-zero agenda

International climate action and cooperation has been top of mind for policymakers this month. At a virtual meeting to coordinate international efforts ahead of November’s COP26, the UN Secretary-General, Antonio Guterres, urged environment ministers to “be ambitious; be decisive; be clear” as he appealed for action on mitigation and finance.

While nations responsible for 65% of global emissions have committed to net-zero, to have any hope of limiting average warming to 1.5 degrees, that coalition needs to grow to cover well over 90% of emissions, he said.

However, the meeting, co-convened by China, the EU and Canada, produced little of substance. Nor is there any detail on a proposed China-U.S. working group on climate – something that emerged from the previous week’s frosty exchanges between the two countries’ top diplomats in Anchorage, Alaska.

The Indian government is reported to be considering setting a net-zero target for 2050 – although like China, there’s a continued investment in coal with no sign of it peaking. Navroz Dubash, at India’s Centre for Policy Research has warned that while a net-zero target would garner diplomatic plaudits, more meaningful action should be based on near-term targets focusing on specific sectors of the economy.

Climate campaigners with the Fridays for Future movement are calling for greater precision on what net-zero targets actually mean. Climate scientists and policy researchers in the COP26 Universities Network agree guidance is needed on what should and shouldn’t be included. “Achieving clarity on what net-zero looks like is key to preventing corner-cutting and to guide policymakers in setting proper, meaningful targets that look good in practice as well on paper,” they say in a new briefing paper.

If observers had expected to find concrete details in China’s five-year plan of how it would meet its commitments to peak emissions before 2030, and- achieve net-zero by 2060 (as laid out by President Xi Jinping last year), they were to be disappointed.

Trajectories for growth in non-fossil energy, and reductions in carbon dioxide emissions per unit of GDP, were no more ambitious than they have been in the previous five years. Moreover, there was no cap on total energy consumption or emissions. But decisions to jettison a GDP target for the entire five years, as well as a commitment to eliminate bad air pollution days, suggests growth may no longer be the only goal. 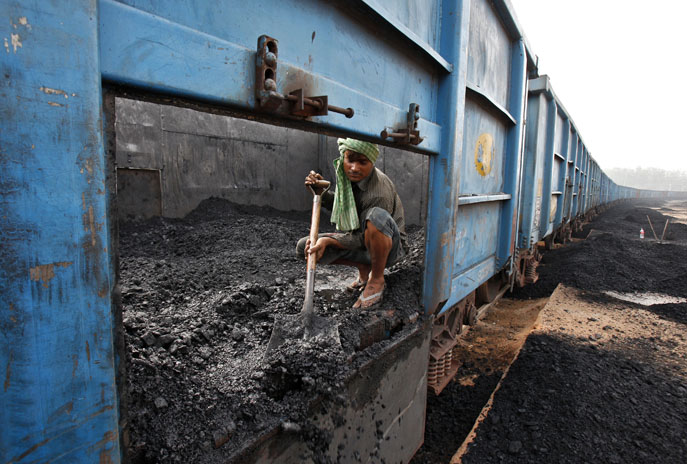 Despite considering a 2050 net-zero target, India is continuing to invest in coal. (Credit: Ajay Verma/Reuters)

The plan is a high-level view of the next five years, and a lot of questions about action in the energy and industrial sectors – as well as at provincial level – won’t be answered until sector programmes are unveiled at the end of the year. China will also produce a five-year climate plan. Ministries have been meeting to discuss peak emissions plans for iron, steel, aluminium and cement industries. Their contribution to China’s bounce-back from lockdown meant that emissions leapt 4% in the second half of 2020.

By 2025 the government wants 20% of total energy consumption to come from non-fossil sources (nuclear and renewables). China doubled its wind and solar capacity in 2020, but the plan still refers to “the clean use of coal”, indicating China hasn’t resolved the conflict between fossil and clean fuels, suggests Lauri Myllyvirta at Helsinki’s Centre for Research on Energy and Clean Air.

The FT reports that China may be beginning to fulfil its promises of a more sustainable Belt and Road Initiative (used to develop its trade links across many Asian and African nations). It has told Bangladesh it will not fund any further coal mines or coal-fired power plants. Indeed, the government of Bangladesh is to axe plans for new coal-fired power projects - something that’s been mooted for some months.

The UK’s March budget disappointed, with no stimulus for green jobs or infrastructure

In other developments: Now that President Biden’s $1.9 trillion relief package has got through Congress, officials are preparing a larger infrastructure and jobs package. One of the key elements will be getting backing to decarbonise the country’s power sector by 2035. Democrats have introduced legislation to require that by 2030, 80% of electricity generated is from zero-emissions sources – rising to 100% by 2035. The bill also aims to reduce barriers to getting renewables into the electricity transmission system.

While EU proposals to mandate a minimum of sustainable aviation fuel to be used by aircraft refuelling in the bloc are imminent, the Swedish government plans to introduce “climate-related levies” on flights arriving and departing from airports in its two biggest cities, beginning in July. The charges may also take into account whether aircraft use a biofuel blend. The government is also scrapping surplus allowances equivalent to 10.5 million tonnes of carbon dioxide. Under the Kyoto Protocol, countries that exceed their emissions targets can sell excess rights to countries that have been less successful in reducing emissions. It’s not the first time Sweden has decided not to trade its allowances.

The UK’s March budget disappointed, with no stimulus for green jobs or infrastructure. The UK does, however, have a roadmap to net-zero and the Chancellor Rishi Sunak, announced that the target will be added to the remit of the Bank of England. He also promised the UK’s first sovereign green bond, as well as a green bond for the country’s savers. He confirmed that a new national infrastructure bank (a previous version was sold in 2017) would be set up with £12bn of equity and debt capital, and be able to issue £10bn of guarantees. That’s substantially less than research suggested would be needed (see ‘Great climate ambition from UK but mind the gaps,’ experts warn) 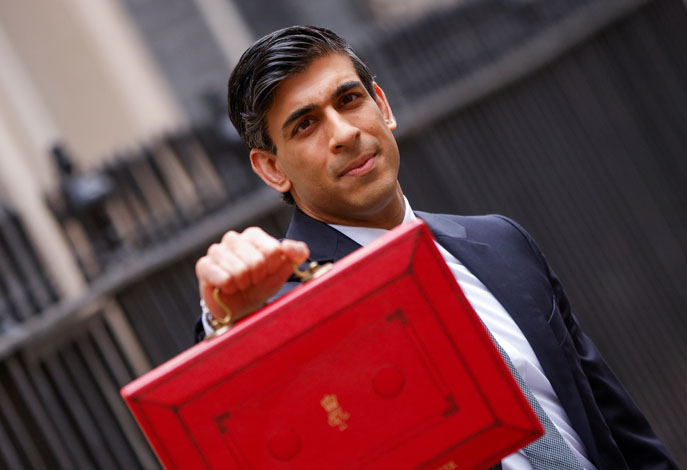 There was also disappointment when the government unveiled what it described as an “ambitious blueprint” to decarbonise the country’s industrial sector. Industry – including cement, chemicals, refining and steel – accounts for 16% of UK emissions. And slightly more than half of them are located in industrial clusters. Emissions from factories will have to be slashed by two-thirds by 2035, and have fallen by at least 90% by 2050 (compared with 2018 levels) to meet net-zero commitments.

While the 2020s have been described as a “crucial decade”, a lot of decisions are yet to be made – not least how business models and financial incentives will combine to encourage investment on the scale needed. In a blogpost, Jonathan Marshall, head of analysis at the Energy & Climate Intelligence Unit said the plan fails to move from targetism toward tangible actions.

This month, the Department for Business Energy and Industrial strategy (BEIS) modelled two scenarios for carbon capture, storage and utilisation (CCUS) and adoption of hydrogen. How far along the road to net-zero each of these takes us depends upon whether they’re confined to industrial clusters or rolled out more widely. Either way, negative emissions technologies like bio-energy with carbon capture and storage (BECCS) and direct air capture will be required to finish the job, says BEIS.

Polling in the UK suggests the public backs carbon taxes

By 2030, it wants to see 20 terrawatt hours a year of fossil fuel energy replaced by low-carbon alternatives, and 3m tonnes of carbon dioxide captured each year, to be on track for net-zero.

There’s £171m for detailed engineering studies in five industrial clusters so that final investment decisions can be made. BEIS anticipates choosing the first two carbon capture clusters in 2023, with four running by 2030.

There is a commitment to look at near-zero steelmaking and what would be required to support the industry’s transition by 2035, as has been recommended by the government’s climate advisers. But environmental campaigners are worried that the UK will be left behind. Sweden already has trials in place using green hydrogen, while steel and mining group Arcelor Mittal has plans for low- carbon steel (using hydrogen and CCS) at its plant in the Dunkirk industrial basin, in France.

In the UK, meanwhile, a £250m clean steel fund promised back in 2019 hasn’t as yet committed any money. 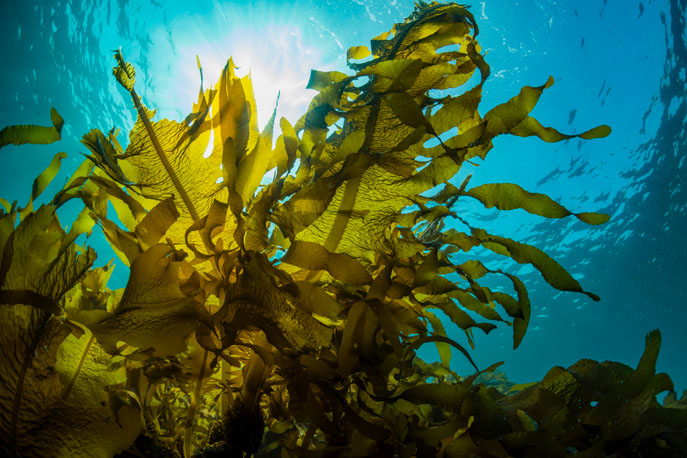 Bottom trawling is to be banned off the UK’s Sussex coast to restore important kelp forests. (Credit: divedog/Shutterstock)

The UK’s industrial decarbonisation plan says carbon pricing will be used "as a tool to send a clear market signal" that the UK is serious about cutting industrial emissions. Polling in the UK suggests the public backs carbon taxes.

It will also look at the new emissions trading system so that the cap on allowances is consistent with net-zero, as well as reviewing the free emissions allowances – which cost the government over £1bn in 2019 (when the UK was part of the EU ETS). The first auctions are expected in May. However, the price of carbon has been climbing in the EU ETS, reaching almost €43 in mid March, well above the UK’s expected floor. Any tightening of free allocations risks carbon leakage, so the government says it will engage in climate diplomacy to align different countries’ approaches. The EU is set to discuss carbon leakage with its partners at the WTO, and European economists have suggested that global climate action would be catalysed if the EU, U.S. and China all agree a carbon tax on imports.

Finally, as the UK mulls banning bottom trawling in four of its so-called Marine Protected Areas, the Sussex Inshore Fisheries & Conservation Authority has got the go-ahead to ban trawling across almost 120 square miles of seabed off the Sussex coast, in a bid to restore kelp forests. Bottom trawling releases as much carbon dioxide – and potentially more – than the entire global aviation industry, according to a study published in Nature. Its authors say an internationally coordinated effort could be twice as efficient as national level planning. Just such a spirit of international coordination is what the UN is hoping for across climate and biodiversity.

Main picture: The Chinese delegation led by Yang Jiechi (centre) at the opening session of the U.S.-China talks in Alaska. (Credit: Reuters)

This article appeared in the March 2021 issue of The Sustainable Review: See also:

ESG Watch: Heat turned up under banks for role in financing fossil fuels

Biggest emitters ‘dangerously off track’ in race to tackle emissions

‘It’s not enough to set net-zero-targets. In this decade of delivery, performance is what counts’